The improvement of glass properties is popular not only in cars, but also in buildings. The installation of architectural films increases the aesthetic value of the building and increases the safety and comfort of people staying in its interior. We offer you the assembly of sunscreen, decorative and protective films. 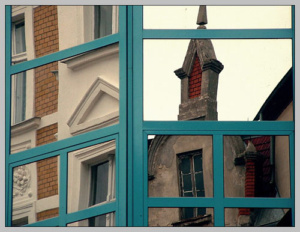 Solar window films are mainly used in the offices, houses, office buildings- in windows, glass walls or roofs. There are often used in order to avoid too much sunlight in the rooms. With a reflective simulating mirror layer, they reflect sunheat reducing indoor temperature in the summer and protect against heat loss in the winter- help to reduce air conditioning costs. We have films for wrapping the inner side of glass and glass sticking out.

These are anti-burglary and protection films. Different thickness level of the film allows them to fit any risks. They are used to protect against burglary, theft, robbery, acting in the protection of persons and property. Because the film is invisible, it is a surprise for the intruder. In the event of a broken glass to increase durability and protect against the spillage of fragments of glass, making them a single “network”, and in case of the explosion, they stop explosive pressure. These films are used in houses, apartments, banks, offices, schools, shop windows.

Poland’s accession to the European Union has brought many changes to food production and processing plants. The obligation to introduce the HACCP system in Poland in food establishments is a huge cost connected with the changing all glass panes in windows and skylights to those that meet the HACCP requirements. As the only company in Poland, we have 2Mill film, which will allow you to reduce these costs to a minimum.

In addition to this film, we also have other thicknesses, and all of the protective films recommended by us meet the requirements of HACCP. Films have German certificates KBA and ABG ‘s, as well as Polish approvals approved by the Institute of Glass and Ceramics in Krakow, Institute of Building Technology and Institute of Hygiene in Warsaw. Their high quality means that they meet not only Polish but also European standards.

Our offer has already benefited Polish factories such as “”Magnolia”” in Lubsko, “”Mokate SA”” in Ustron and wedding dresses stores and many more.

Installation of decorative film is to change both external and internal appearance of the building and premises. They are mainly used in hospitals, offices (partitions), doctors’ offices, banks, indoor VIP- on the glass doors. Provide privacy, preventing access to premises, and yet ensure good daylight transmittance while reducing the UV radiation.

Among the decorative films very popular is mat film, which gives the effect of “”frosted glass””. Everyone is aware of how expensive such a glass is, but now we do not have to overpay. We also offer films with various decorative motives.